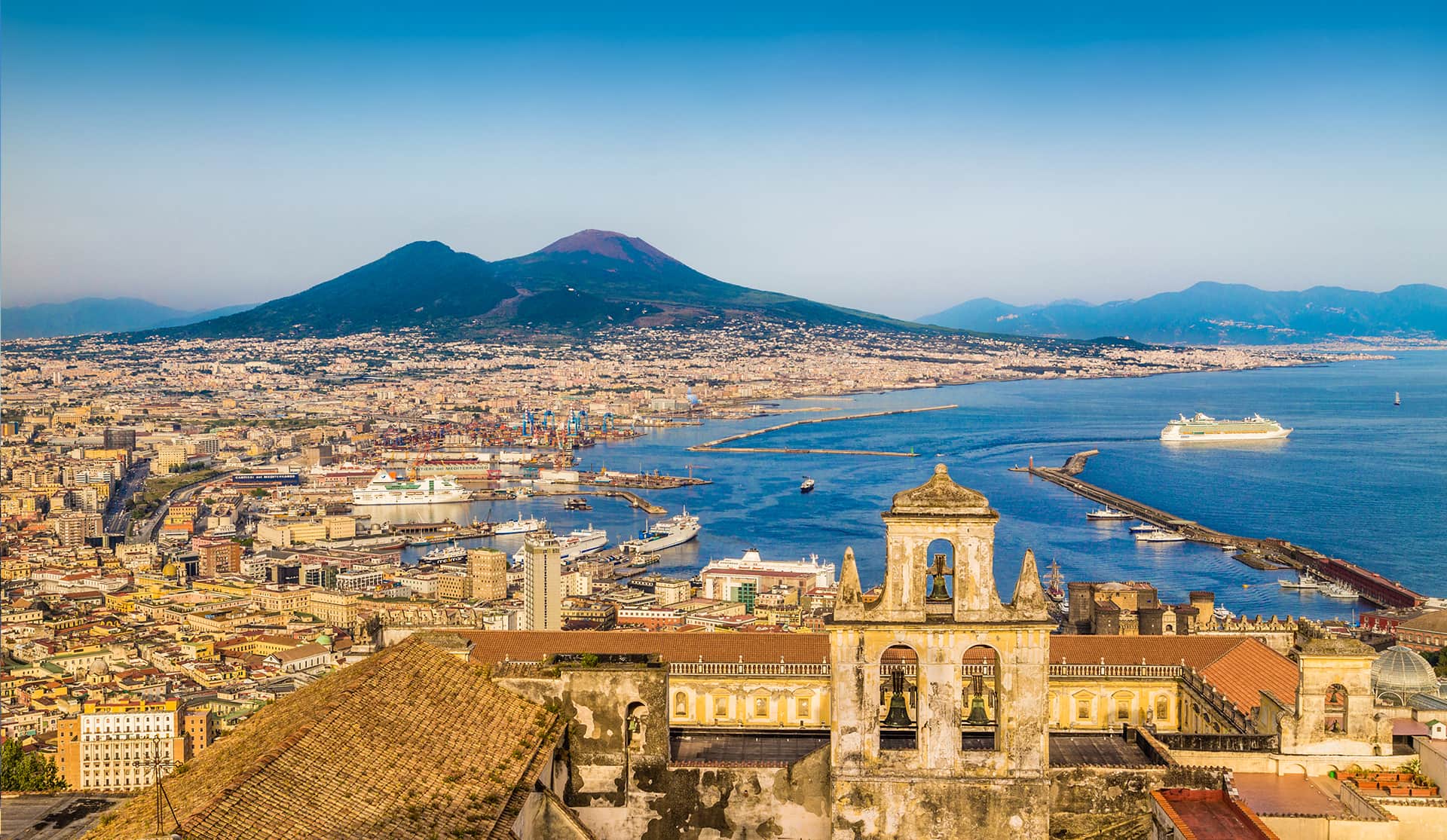 Below some of the most frequent helicopter flight routes from Naples, these are just some example: if you don’t find your destination, kindly check with us. Elicompany organizes helicopter transfer from Naples within Italy and beyond, allowing to reach your actual destination in the fastest way and with all comfort. Feel free to inquire for a dedicated quotation for our private helicopter charters from or to Naples. Our base in Naples is in an excellent location: just few minutes to reach the main airport Naples NAP that is the perfect gateway to reach Capri or Ischia islands but also Amalfi, Ravello, Positano or Pompei. We ensure a smooth connection with your private jet or commercial airline

Naples is one of the oldest continuously inhabited urban areas in the world, first founded as a Greek colony in the first millennium BC. Nowadays is a vibrant city and the third largest in Italy, its city center is a Unesco World Heritage Site and just nearby there are a wide range of culturally and historically significant sites, including The Palace of Caserta and the roman ruins of Pompeii and Herculaneum. Naples is worldwide famous being the birthplace of pizza, but only few knows that Naples’ restaurants have earned the most stars from the Michelin guide of any Italian city. Naples airport is a perfect gateway to reach, by Elicompany flights, not only the top hotels and villas on Amalfi coast like the Belmond Hotel Caruso in Ravello, The San Pietro, Monastero Santa Rosa and Le Sireneuse in Positano, but also the beautiful Capri and Ischia islands. We often fly during the summer season between Capri or the Amalfi coast and Sardinia

ABOUT US
History
Team and location
Bell Maintenance Center
Certifications